In a part of town that many businesses hope will soon be the transplanted heart of Washington, D.C., the managers of the Grand Hyatt Hotel are already celebrating with Butlers — The Cigar Bar. 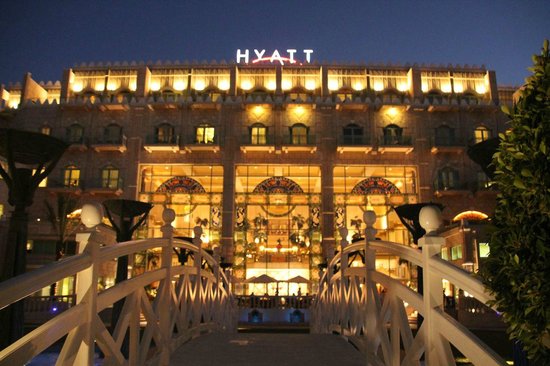 “Business is outstanding,” says hotel general manager Marc Ellin. “We have a strong loyalty among our local clients as well as great interest from our in-house guests.”

Butlers is helped by the fact that Ellin is an avid cigar smoker. The wall at the entrance to Butlers from the hotel lobby carries nine covers from back issues of Cigar Aficionado. Butlers makes for a nice hours-long perch in a re-evolving part of Washington, two blocks from where the new sports arenawill open this fall.

“People come in after work, they buy a lot of cocktails and they often bring a cigar,” says Nancie McFaul, the hotel’s director of public relations, “but in going through the menu they say, ‘I haven’t tried one of these,’ and they purchase one of ours.”

Butlers Private Reserve cigars are made by H. Upmann and carry some rich Dominican flavor. The two Butlers brand cigars are among 25 different selections available from a handful of makers. A dozen of the cigars are standards and the others will change according to popularity. They range in price from $10 to $30. Whaddayawant? Somebody has to pay for the excellent state-of-the-art ventilation system and the tight-weave furniture upholstery that absorbs less smoke. 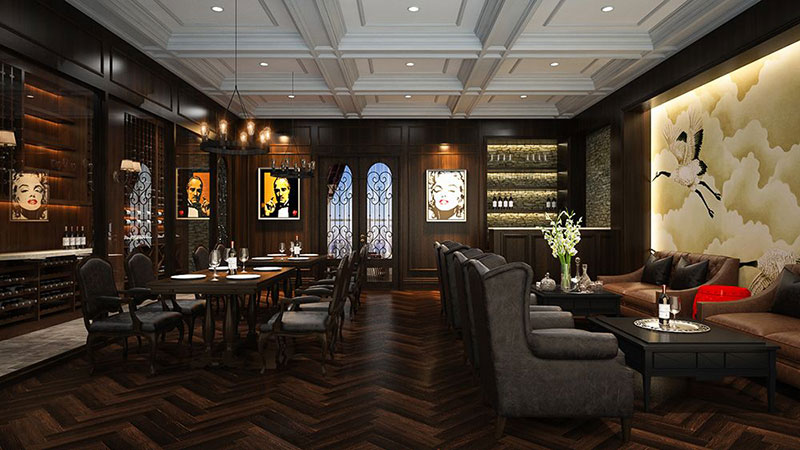 If you are in Washington often enough, you might consider leasing one of the 40 lockers in Butlers’ humidor, each of which holds about 125 cigars and rents for $700. Jesse Jackson, Jr., recently took a locker, and another renter who spends more than 200 nights a year in Hyatts also signed on. As did someone apparently in the military, because one locker has “USMC” engraved on the nameplate. Just where is that line item in our national defense budget?

Butlers boasts a private-label microbrew, 29 different Martinis (though sentient mammals are left wondering who came up with a “Lady Godiva Chocolate Martini”) and 23 single-malt Scotches.

The music is soft jazz, the lighting dim and the underlying color motif is cobalt blue. Reproductions of famous Art Deco paintings grace the walls. The finger food is good enough to take the place of dinner, with the jumbo shrimp cocktail, bruschetta and calamari leading the way. Olives marinated in walnut brine take the place of the usual bowl of peanuts on the bar. The quality of the espresso will save you a trip to Starbuck’s. Best of all, Butlers is open every day but Sunday from 5 p.m. until 1 a.m., making it one of the few late-night spots downtown.

Butlers, adds Marc Ellin, has more than tripled the revenues of its predecessor in that space. The sale of cigars and Butlers own line of clothing has helped boost that total. The success of this cigar bar has peaked the interest of other Hyatt hotels, some of which are planning to copy the concept by the end of 1997.

When the Grand Hyatt staff was considering remodeling its former lounge, the hotel’s upscale clientele let it be known that they wanted something a bit more intimate than a hotel bar. With plenty of plush couches, customers have gotten their wish.

“They get pretty cozy,” McFaul says with a grin.

Alejandro Benes is a businessman andwriter based in Washington, D.C.